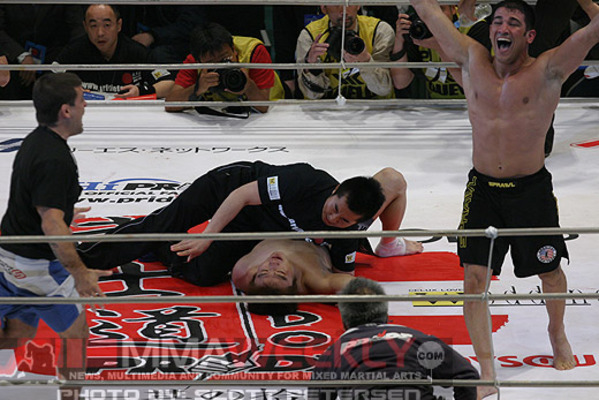 Marcus Aurelio is ineligible for regional rankings due to inactivity.
Fighters must have at least one completed MMA bout in the past two years to be ranked.

Long known and respected in Brazilian Jiu-Jitsu circles, Marcus Aurelio made an impact right off the bat with an impressive run in professional mixed martial arts, winning 11 of his first 12 bouts before joining Pride in 2004. Although he lost his promotional debut, Aurelio won his next three straight, including one of the biggest upsets in promotional history when he defeated Pride Lightweight Champion Takanori Gomi in 2006 in a non-title bout. Aurelio had a six-fight stint in the UFC from 2007-2009, but was cut on the heels of three consecutive losses.

In addition to his aggressive submission skillset, which has earned him well over half of his professional victories, Aurelio is known as one of the most durable and savvy lightweights, having never been finished in a professional fight. In short, the only way to defeat him, it would seem, is to out-point him. Unfortunately for Aurelio, that happens more often than not, as he has a penchant for losing close Split Decisions.