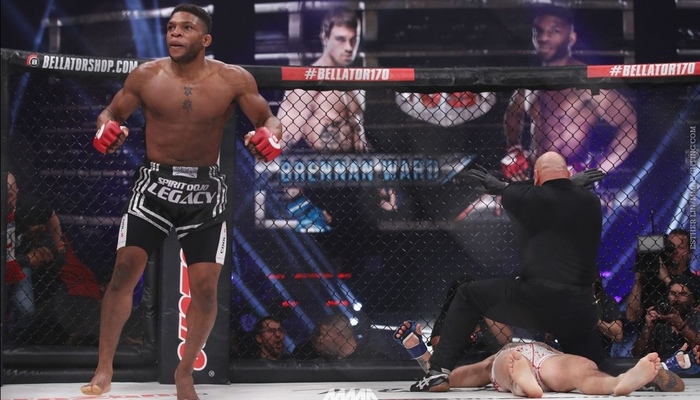 #45
Greatest MMA Striker of All Time

Fighting for a major organization has made Paul Daley ineligible for regional rankings.

One of the most powerful and gifted strikers in the mixed martial arts world, Paul “Semtex” Daley began his professional MMA career in 2003. He has delivered knockouts in almost all of his wins, usually in brutal fashion.

Daley represents an entirely new level of striker in modern day MMA. He has knocked out some of the world’s top 170-pound fighters, including Martin Kampmann, Dustin Hazelett, Duane Ludwig, and many others.

Perhaps the only aspect of Daley’s game more impressive than his punching power is his trash talking ability in lead up to his fights. The most famous example occurred before his 2010 fight with UFC contender Josh Koscheck, as the two welterweights exchanged truly vicious taunts, accusations and insults back and forth before their high intensity contest. Koscheck ground out a Unanimous Decision victory when they finally met, using his superior wrestling to keep Daley on the mat for most of the fight. Near the end of the third round, Koscheck continued whispering insults to Daley while controlling him on the ground, which provoked Daley to take a swing at Koscheck after the final bell had sounded. Daley was promptly cut from the UFC because of the cheap shot, and UFC President Dana White claims that Paul Daley will never fight in the Octagon again.

Since leaving the UFC Daley has fought for some smaller promotions and after a win over Scott Smith he received a title shot against Nick Diaz in the Strikeforce promotion. He would lose by TKO in the first round but not before he had a chance to rock Diaz and almost finish the fight. He would fight twice more, losing by decision to Tyron Woodley and Kazuo Misaki for the promotion. He has since signed with Bellator and came away with a TKO victory over Rudy Bears in his first fight for them. Since that fight Daley has fought for 5 different promotions and amassed a record of 4-1. His most recent victory was for BAMMA over Romario Manoel da Silva .