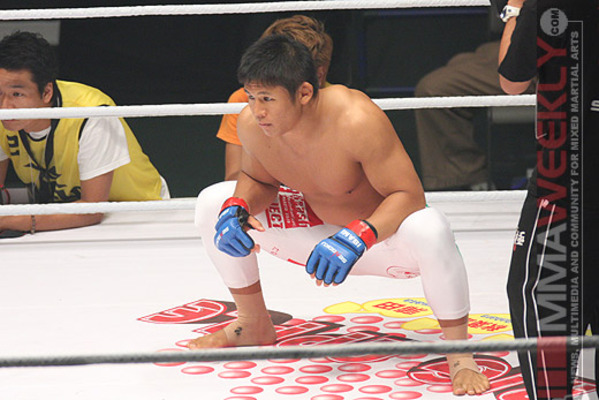 Kitaoka is a Lightweight and has fought most of his career in Pancrase but has also fought in Dream, Deep, and Sengoku. He is a black belt in Brazilian Jiu Jitsu and a black belt in Judo. He has beaten notable fighters in Kurt Pellegrino, Carlos Condit, Paul Daley, Kazunori Yokota, Eiji Mitsuoka, Takanori Gomi, Jutaro Nakao, and Katsunori Kikuno. He was the first Sengoku Lightweight champion and won the 2008 Sengoku Lightweight Grand Prix. Kitaoka is regarded as one of the lightweight division's best grapplers..

Kitaoka's next fight would be a non-title affair against Dom O'Grady at Pancrase 252: 20th Anniversary on Spet 29, 2013. Kitaoka would dominate the bout, ending it via guillotine choke just over one minute into the opening round.

Kitaoka would lose his next fight however, getting knocked out by Ramazan Esenbaev at Inoki Bom-Ba-Ye 2013 on December 31, 2013.

Kitoaka would increase his winning streak to four fights when he won his opening fight of 2015, handing Akira Okada a unanimous decision loss at Pancrase: 265 on March 15, 2015.