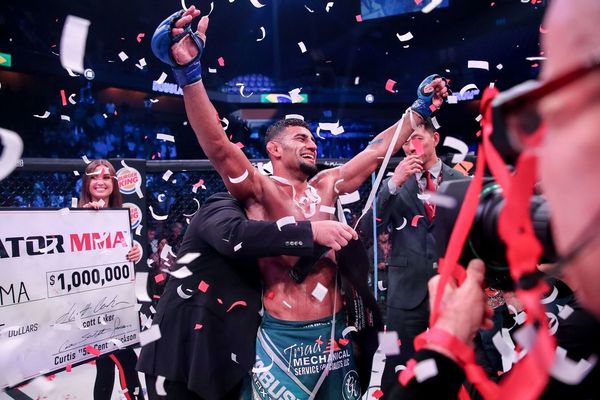 Fighting for a major organization has made Douglas Lima ineligible for regional rankings.

Douglas Lima was born in Brazil but later moved to the US where he started training MMA at American Top team in Atlanta. He would start his MMA career with a 5-0 record finishing all of his fights before being finished himself by future UFC fighter Matt Brown. He would lose back to back fights later in his career before entering the Sin City Fight Club: Redline Grand Prix. He would defeat all of his opponents to become the Redline Middleweight champion.

He would then enter Bellator's Season 5 Welterweight tournament in 2011. He would defeat all three of his opponents in the tournament including a TKO over Ben Saunders in the final. Lima would get his shot at title holder Ben Askren but would lose a Unanimous Decision.

In a rematch of the Bellator 57 Welterweight Tournament final, Lima faced Ben Saunders at Bellator 100. Lima repeated his performance in the first fight by again brutally knocking out Saunders in the 2nd round, making Lima the Season 8 Welterweight tournament winner.