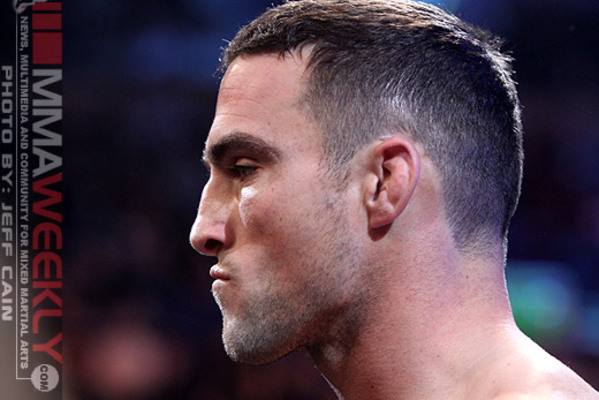 Scott Smith is ineligible for regional rankings due to inactivity.
Fighters must have at least one completed MMA bout in the past two years to be ranked.

After beginning his professional MMA career in 2001, Scott Smith established himself as a rising star in the sport when he debuted for the UFC in 2006 after compiling a respectable 10-1 record. Although he lost his debut fight to David Terrell, Smith made his name with one of the most infamous come-from-behind victories in the sport when he knocked out Pete Sell after being badly hurt from a body shot moments before. Following his UFC career, Smith fought for the now-defunct EliteXC promotion, defeating notable Australian Kyle Noke by knockout before transitioning to the California-based Strikeforce promotion, where he has earned impressive knockout victories over Terry Martin, Benji Radach, and Cung Le, the latter two in a similarly improbable, come-from-behind manner that has become Smith’s trademark.

Although he is not an overly technical striker, and while his submission skills are questionable at best, Smith is extremely difficult to finish and possesses an uncanny ability to retain knockout power throughout the duration of a fight, regardless of the damage he has accrued.