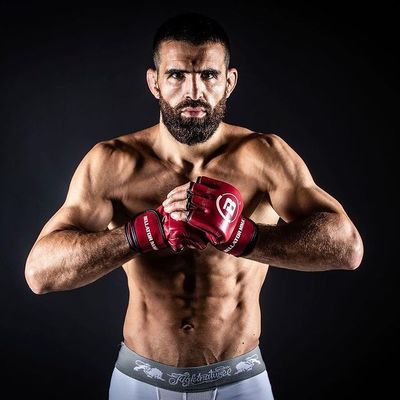 Fighting for a major organization has made Daniel Weichel ineligible for regional rankings.

Daniel Weichel, with almost 40 MMA fights in his career is what most people would call a veteran of this sport. He began fighting at the age of 18 at the local circuit. But  fought his way up to bigger promotions like BAMMA, KOTC, Shooto, or M-1 Global where he eventually became the Lightweight Champion after he knocked out Jose Figueroa in the first round. He then immediately lost his title in his first title defense against Musa Khamanaev. His strength is certainly the ground game, he is a brown belt in Brazilian Jiu Jitsu and wins most of his fights by submission.