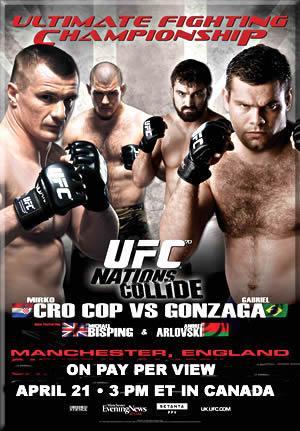 In the main event, Gonzaga shocked the world in one of the biggest upsets in the sport’s history by knocking the CroCop out with the Croatian kickboxer’s own favorite weapon, a head kick, at the end of the first round.