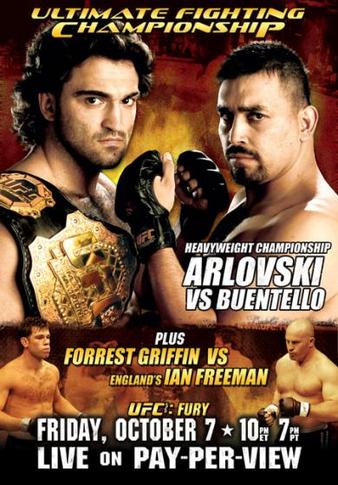 Although he was not as big of a draw as Light Heavyweight Champion Chuck Liddell, UFC Heavyweight Champion Andrei Arlovski was well on his way to becoming one of the sport’s biggest stars after his promotion from Interim to Undisputed Champion following Frank Mir’s lengthy layoff due to a horrific motorcycle accident. In the main event of UFC 55, Arlovski knocked out Paul Buentello just 15 seconds into the match with a lightning shot so fast most only saw it on the replay.