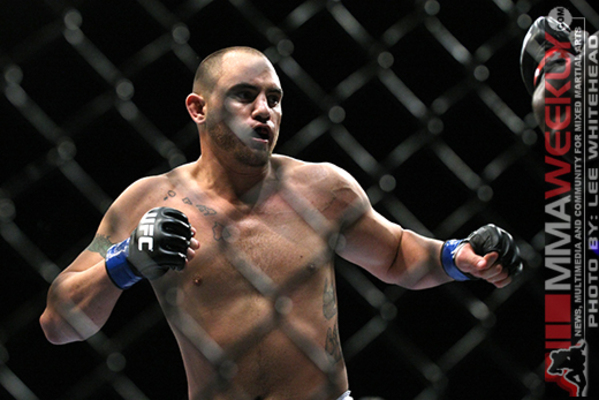 Travis Browne is ineligible for regional rankings due to inactivity.
Fighters must have at least one completed MMA bout in the past two years to be ranked.

Travis Browne started his MMA career in 2009 fighting in some smaller promotions and quickly had a 9-0 record winning 7 of those fights by TKO, including two finishes in under 10 seconds over Abe Wagner and Brian Campbell.

Browne would make his UFC debut on The Ultimate Fighter 11 Finale facing off against James McSweeney. Browne would finish hm via TKO in the first round making an impressive start to his UFC career. He went on to face Cheick Kongo in a fight that ended in a draw. After that he would finish Stefan Struve with an impressive superman punch earning him Knockout of The Night honors. Browne would go on to win a decision over Rob Broughton and would finish Chad Griggs with an arm triangle choke earning Submission of the Night.

Browne has proven he is a tough contender in the heavyweight division and tried to prove himself against Antonio Silva in his first Main Event fight. However, in the fight Browne would lose by TKO although it did look as though he injured his knee before Silva was able to finish him. Browne would bounce back into the win column when he finished Gabriel Gonzaga with some vicious elbows to earn himself Knockout of the Night.

His next test would be against Allistair Overeem as the Co-Main Event of UFC on FOX Sports 1. He would pass the test with flying colors. After almost being finished himself Browne was able to stand back up and eventually landed a front kick that would drop Overeem. Browne would finish him off with a few more shots and earn the Knockout of the Night.

Browne would be the underdog again when he faced former UFC Champion Josh Barnett at UFC 168. Browne would finish the fight in almost exactly the same way he did against Gonzaga with some nasty elbows while Barnett was attempting a takedown. He would again earn Knockout of the Night honors. He is now set to face Fabricio Werdum as the main event of UFC on FOX 11 with the winner most likely getting a title shot.