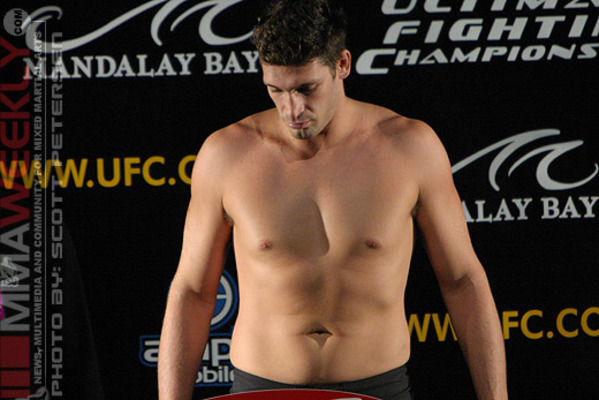 Marcio Cruz is ineligible for regional rankings due to inactivity.
Fighters must have at least one completed MMA bout in the past two years to be ranked.

As a professional MMA fighter, Cruz has fought in the Ultimate Fighting Championship, defeating former champion Frank Mir by TKO at UFC 57. He also holds a win over Keigo Kunihara at UFC 55. He lost a split decision to Jeff Monson, whom he had previously defeated twice in grappling tournaments, at UFC 59. Cruz' second MMA loss was to Andrei Arlovski at UFC 66, in December 2006, by first round knockout.On June 2007 in the IFL he defeated Rafael Feijao by disqualification when Feijao used an illegal kick 1:18 before the end of the 3rd and final round. In June 2008 Cruz defeated Mu Bae Choi at Sengoku 3 via submission (triangle armbar). In April 2009 he defeated UFC veteran Dan Christison by unanimous decision.On August 22, 2009, he beat Tom Sauer via TKO in the second round. With this victory he won the World Fighting Organization heavyweight belt. He successfully defended his belt by submitting Dave Yost with a Rear Naked Choke in the first round on April 3, 2010.

Cruz had to withdraw from Abu Dhabi Fighting Championship with a spinal injury in May 2010.After 15 months of inaction, Cruz faced Glover Teixeira at Clube da Luta on July 20, 201 losing via TKO (punches) at 4:21 in the second round. Cruz weighed in at an out-of-shape, 256-pounds.Cruz is now scheduled to make his Light Heavyweight debut against fellow UFC veteran Gilbert Yvel on November 2, 2012 at Resurrection Fighting Alliance 4 in Las Vegas, Nevada.