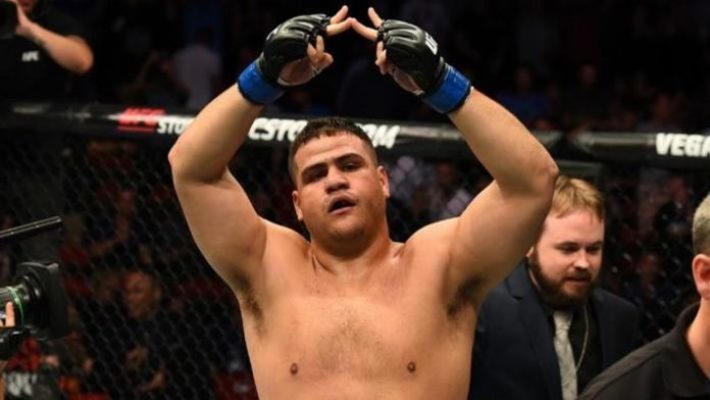 Fighting for a major organization has made Tai Tuivasa ineligible for regional rankings.

Tai Anthony Tuivasa was born Tai Anthony Tuivasa on March 16th, 1993 in Sydney, Australia. He is of Wiradjuri decent, and takes pride in representing his culture as seen on the tattoos on his upper legs. He grew up in West Sydney specifically Mount Druitt, commonly referred to as 'The Area'. He has 11 siblings, and is also the cousin of fellow UFC fighter Tyson Pedro. Tai often got into street fights in his youth, which plays a role in his brawler style of fighting in the cage. He also played Rugby in his youth and aspired to go pro but gave the sport up when he developed a gambling addiction. He had ambitions of becoming a boxer, before he decided to pursue professional Mixed Martial Arts. Tai is close friends with UFC and Pride heavyweight legend Mark Hunt. Tuivasa trains at TK MMA and Fitness in Dubai, United Arab Emirates. Tuivasa has ties to American Kickboxing Academy in San Jose, California, and he has also trained under the Hickman brothers at Tiger Muay Thai in Phuket, Thailand.

Tuivasa made his professional MMA debut in 2012 and defeated Simon Osbourne by TKO at Elite Cage Championships 2. Tuivasa went 6-0 in his pre-UFC career, winning the Australian Fighting Championship Heavyweight Championship and defending it once. Tuivasa made his UFC debut against Rashad Coulter at UFC Fight Night: Werdum vs. Tybura. Tuivasa won via flying knee KO and won Performance of the Night Honors. In 2018, Tuivasa TKO'd Cyril Asker (UFC 221) and beat Heavyweight veteran Andrei Arlovski by unanimous decision (UFC 225) before facing Junior dos Santos in a Fight Night main event on December 2. Tuivasa pressured dos Santos early but got caught by a right hand and finished with ground and pound in the second round.

Tuivasa went 0-2 in 2019. He lost via unanimous decision to Blagoy Ivanov (UFC 238) and to Sergey Spivak by arm-triangle choke (UFC 243). Since then, Tuivasa has gone 5-0 with five straight KO/TKO victories. This includes three consequence Performance of the Night performances against Greg Hardy (UFC 264), Augusto Sakai (UFC 269), and Derrick "The Black Bleast" Lewis (UFC 271). Tuivasa's next fight would be against Cyril Gane for the main event of Gane v. Tuivasa, the UFC's first ever event in France. After a slow first round in which Gane and Tuivasa would feel each other out, the action picked up in the second round with several wild striking exchanges. Tuivasa managed to catch Gane with an overhand right that nearly put him out. However, Gane's length and body kicks were too much for Tuivasa and he got knocked out in the third round. The fight would receive Fight of the Night honors.