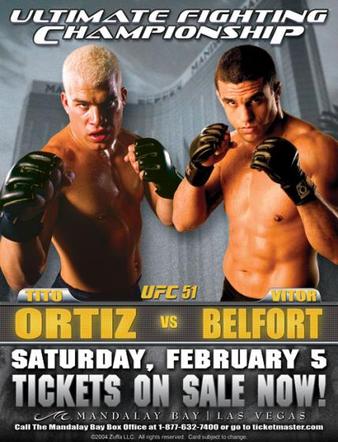 In the main event, Ortiz defeated Belfort in a tough but unexciting fight. The undercard featured the first Middleweight Championship fight since 2002, as Evan Tanner upset vaunted newcomer David Terrell for the title. The championship had been vacant since former champion Murilo Bustamante signed with Pride FC after defending the title against Matt Lindland.