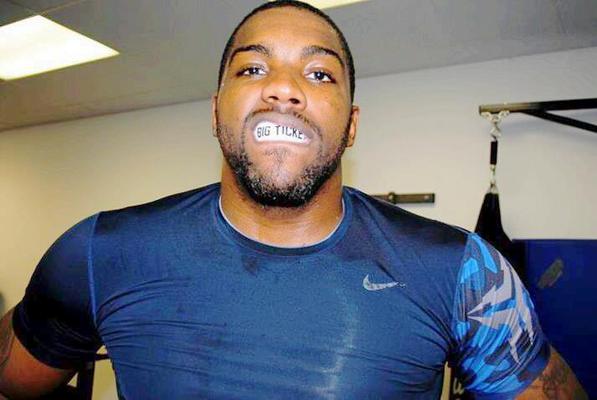 Fighting for a major organization has made Walt Harris ineligible for regional rankings.

Walter Harris is an American heavyweight fighter currently signed to the UFC. Hetrains out of American Top Team in Coconut Creek, Florida. He played basketball at Jacksonville State University and earned an Associates degree in Physical Education. He is a former Golden Gloves Champion in both Alabama and Florida as well as a one time NAGA super heavyweight champion. All of his professional wins have come via T/KO in the first two minutes of the fight and his only losses have been by decision.

Harris began training for MMA after his college basketball career was over in order to stay active. He compiled a 23-1 amateur record in three years. All of his wins came by T/KO and his sole loss was to current UFC fighter, Lorenz Larkin. In 2011, he turned pro and made a splash with a sixteen second knockout in his professional debut. He would lose his next fight by decision but would rebound with three knockouts in a total of three minutes and thirty three seconds over a nine month period. He took a ten month break from competition, but would pick up two more T/KO victories when he returned.

Walt was signed by the UFC in late 2013 and made his debut against fellow new comer, Jared Rosholt, at The Ultimate Fighter 18 Finale.Although he was able to land a few solid strikes early in the fight that wobbled his opponent, he would ultimately lose a unanimous decision. He next took on Nikita Krylov at UFC on Fox 10, but would be finished quickly when he was knocked down with a head kick and finished with punches only twenty fives seconds into the fight.