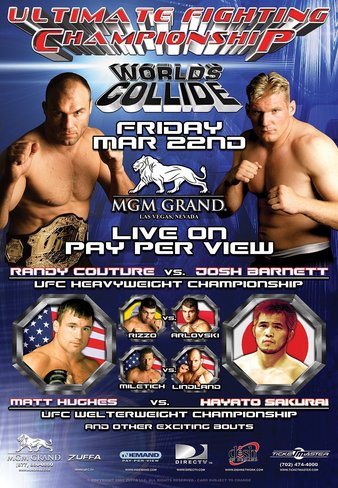 UFC 36, which featured a Heavyweight Championship bout between Randy Couture and Josh Barnett, as well as a Welterweight Championship bout between Matt Hughes and Hayato “Mach” Sakurai, was an improvement over the poor Pay Per View numbers turned in by UFC 35. In the main event of the evening, Couture lost his title in dramatic fashion when Barnett stopped him with strikes in the second round. After the fight, Barnett was stripped of his title when he tested positive for steroids. He never fought for the UFC again.

The event marked the final UFC appearances of Pat Miletich and Pete Williams. Matt Hughes was originally supposed to defend his Welterweight Championship against future Middleweight Champion Anderson Silva, but Silva signed with Pride FC instead, and would not come to the UFC for another four years.