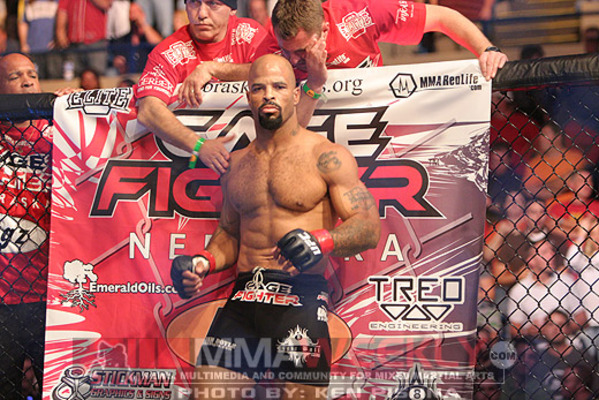 Houston Alexander is ineligible for regional rankings due to inactivity.
Fighters must have at least one completed MMA bout in the past two years to be ranked.

Houston Alexander's 2007 entrance into the UFC was a thunderclap. He blasted out Keith Jardine and Alessio Sakara with back-to-back first-round knockouts. Those performances, plus a nasty scowl and a thickly-muscled, prison yard-style physique, had the hype machine on full power for the UFC’s newest star. Unfortunately for Alexander, the next three years would be difficult professionally, as he would go on to lose five of his next six fights, including four in the UFC, to drift into smaller promotions after bursting onto the scene in such dramatic fashion.

Alexander still has many fans, particularly those who took the time to learn that beneath the veneer of a mean, brash thug, Houston Alexander was a caring family man and a respected training partner. Unfortunately for Alexander, however, the UFC hype around him grew so great so fast that he has become an example of media promotion overshadowing long-term viability as a contender.

After 2 finish wins at Victory Fighting Championship in 2013, Alexander signed on with Bellator MMA and in his debut at Bellator 99: Nunes vs. Pitbull lost a unanimous 3rd round decision to Vladimir Matyushenko.  Alexander's next bout is at Bellator 117: Lima vs. Hawn.  He is set to take on Matt Uhde.