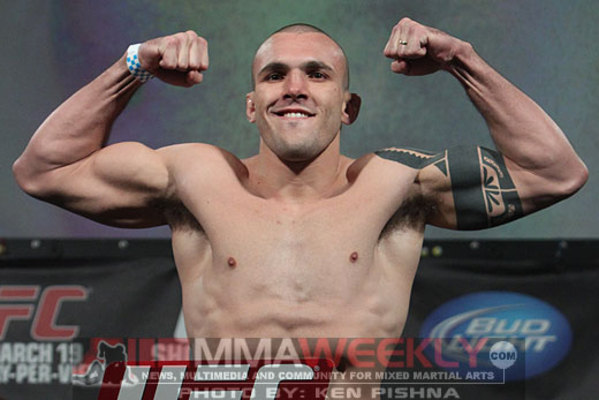 Luiz Cané is ineligible for regional rankings due to inactivity.
Fighters must have at least one completed MMA bout in the past two years to be ranked.

After the first MMA bout of his professional career ended with a No Contest in 2005, Luiz Cane emerged as one of the most promising young prospects in the light heavyweight division by defeating seven straight opponents, all of them by knockout, before his UFC debut against James Irvin in 2007. Although he lost the Irvin fight after being disqualified following an illegal knee to the head of a grounded opponent, Cane went on to emerge as a contender in the division following consecutive victories over Jason Lambert, Rameau Thierry Sokoudjou, and Steve Cantwell. Cane then went to go 1-3 in his next four fights fights with stoppage losses to Antonio Rogerio Nogueira, Cyrille "The Snake" Diabate, and Stanislav ''Stucky'' Nedkov which prompted a drop to the middleweight division. Cane made his UFC middleweight debut against Chris Camozzi at UFC 153, losing for the fourth time in five fights via unanimous decision. Following his loss to Camozzi, Cane was released from the promotion.

When Cane was young he was fat and because of that he got nickname Banha ( fat in Portuguese). Today he still known as Banha.