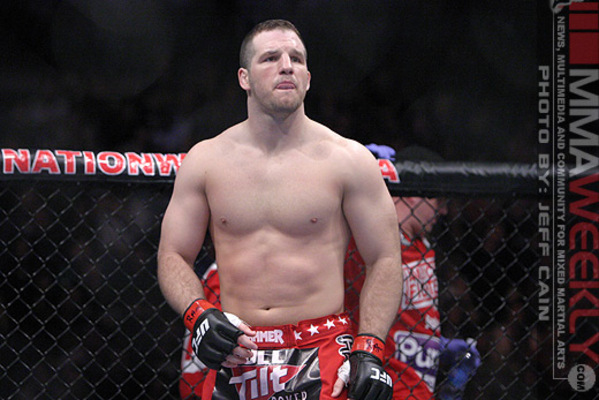 Matt Hamill is ineligible for regional rankings due to inactivity.
Fighters must have at least one completed MMA bout in the past two years to be ranked.

A gold medalist in freestyle wrestling at the 2001 Deaflympics and 3x NCAA Division III wrestling champion at RIT, inspirational MMA fighter Matt “The Hammer” Hamill has redefined what was thought possible for a professional cagefighter. Despite being unable to hear, Hamill now fights and regularly succeeds at the very highest levels of the sport.

Although he began fighting professionally in 2005 following the conclusion of his amateur wrestling run, Hamill did not achieve mainstream recognition until competing in the light heavyweight tournament of The Ultimate Fighter 3. Hamill was unable to complete his run in the tournament, as he was injured during training and was forced out of the competition. He has since emerged as a respected fighter in the light heavyweight division, having defeated Seth Petruzelli, Tim Boetsch, Tito Ortiz, Mark Munoz, and Keith Jardine during his run with the UFC. While Hamill also owns a win over 205 lb. juggernaut Jon “Bones” Jones, Hamill was losing the bout until Jones was disqualified for an illegal downward elbow.

On August 8, 2011, Matt Hamill decided to step away from the UFC and MMA in general, as he lost his last two fights against Rampage Jackson and Alexander Gustafsson. He announced the following on his website “Today is a sad day for me. After six years and 13 fights in the UFC I’m ready to hang up my gloves and retire from this amazing sport”

A year after he decided to retire, Hamill announced his comeback and fought Roger Hollett at UFC 152 in Toronto. He won his return fight via unanimous decision. It would be another year before Hamill would return to the octagon when he faced off with aggressive striker, Thiago Silva, at UFC Fight Night 29. Although Hamill had some bright spots throughout the fight, he was greatly slowed by the third round and nearly finished by leg kicks and would end up losing a decision. Hamill was subsequently released from the UFC and appears to be retired for good.

Matt also had a biographical movie made about his life titled The Hammer. The role of Matt was plated by actor Russell Harvard who was actually deaf as well. The film was screened in many different cities winning audience awards at each venue. The film was released in theaters on October 27th 2011.

*Hamill was removed from the competition due to injuries sustained in his fight.