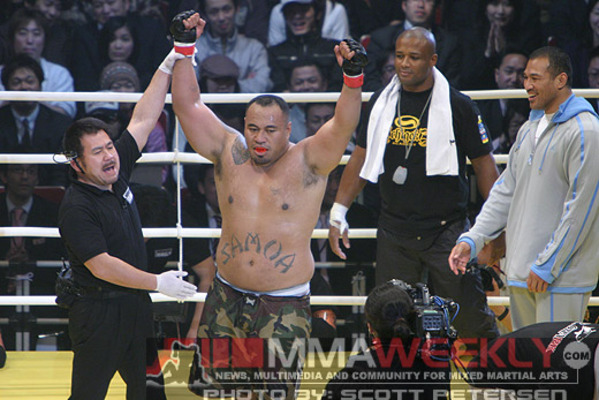 Siala Siliga is ineligible for regional rankings due to inactivity.
Fighters must have at least one completed MMA bout in the past two years to be ranked.

Siala Siliga, also known as "Mighty Mo" is an American kickboxer, boxer and mixed martial artist born in Pago Pago, Samoa. He made his K-1 debut in February 2004 and has competed in MMA since 2003 although very sparsely. After losing a fight via submission to Josh Barnett in 2010 Mo took a three and a half years break from MMA before coming back to compete in the Heavyweight division for Bellator MMA in September 2013. Since then, despite being over 43 years old, he has racked up 3 straight wins all via stoppage by defeating Dan Charles via TKO and then Ron Sparks and fellow kickboxer Peter Graham both via submission showing his much improved grappling skills.

In the realm of Heavyweight Kickboxing Mighty Mo has taken on some of the biggest names of all time including Peter Aerts and Rick Roufus while earning memorable wins over Remy Bonjaski, Gary Goodridge, Carter Williams, Hong Man-Choi, Francois Botha, Sergei Gur, Brecht Wallis and many more, establishing a 20 - 21 record in the discipline. He has also fought under pro Boxing rules (Western) going 2 - 1 with 2 stoppage wins.

Over the years Mo has applied some explosive and unorthodox fraining methods, including pulling a large SUV truck via straps attached to his body.

Some of Mo's achievments include :