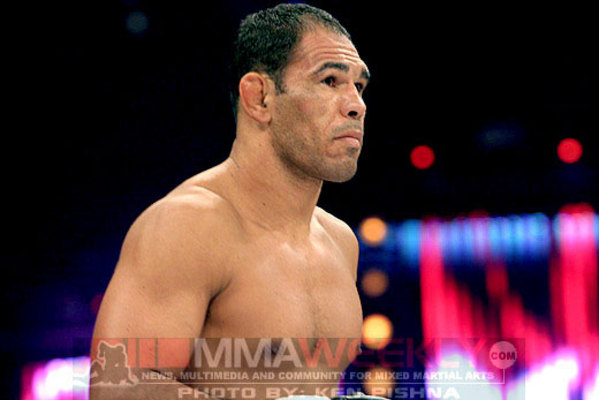 Fighting for a major organization has made Antônio Rogério Nogueira ineligible for regional rankings.

Antonio Rogerio Nogueira is a Pride and UFC veteran and one of the world’s top MMA fighters in the 205 lb. weight division. Though for many years he was overshadowed by his twin brother Antonio Rodrigo Nogueira, who fought some of the sport’s most memorable battles at heavyweight, the younger Nogueira (often known as “Little Nog”) has accumulated far less punishment in the ring and Octagon through the years, and may prove to have the longer fight career as a result.

“Little Nog” combines quickness and his family’s trademark fighting spirit with a technical mastery of both boxing and BJJ. Nogueira won a bronze medal in the 2007 Pan American Games in boxing. The combination has proven highly effective in the cage, and Nogueira boasts wins over some of MMA’s most notable stars, including Dan Henderson, Alistair Overeem, Kazushi Sakuraba and Luiz "Banha" Cané. His 2005 Pride war with Mauricio “Shogun” Rua, though it resulted in a loss, is remembered as one of history’s greatest fights, a back-and-forth affair featuring multiple knockdowns, flying attacks, an extremely high pace and a number of changes in momentum.

Rogerio has struggled somewhat against the better wrestlers in the UFC's light heavyweight division, barely edging Jason Brilz in a controversial decision victory, and then losing to skilled wrestlers Ryan "Darth" Bader and Phil Davis in his next campaigns. Though clearly now an MMA veteran, the tale is not yet told on the younger Nogueira, who appears to have a great deal of fight left in him for the foreseeable future.

In late 2011 Minotoro battered UFC hall-of-famer Tito Ortiz with punches and elbows to earn a decisive TKO victory.He was set to face rising star Alexander Gustafsson UFC on Fuel TV 2 but Nogueira was forced out of the bout with a knee injury.

Nogueira's next bout came at UFC 156 on February 2, 2013 where he faced fellow light heavyweight and perennial contender, Rashad Evans. Little Nog was able to pull off the upset using his boxing skills to outpoint Evans on the way to a Unanimous Decision. He was then supposed to rematch Shogun at UFC 161 but would have to withdraw from the bout with a back injury.

Following back to back losses to Anthony "Rumble" Johnson and Maurício "Shogun" Rua, Nogueira got a win on May 14th 2016 against Patrick "Durkin" Cummins via first round TKO.