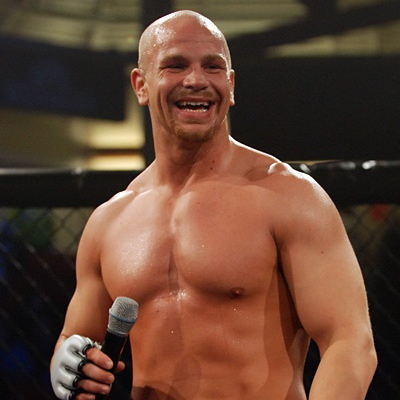 Ryan Jimmo is ineligible for regional rankings due to inactivity.
Fighters must have at least one completed MMA bout in the past two years to be ranked.

Ryan Jimmo began his MMA career in 2007 for the Maximum Fighting Championship losing his very first fight by TKO. Jimmo also tried out for the 8th season of The Ultimate Fighter but lost a Majority Decision to Antwain Britt missing his chance to get in the house.

Jimmo would then win 13 straight with notable wins over Marvin Eastmann and Wilson Gouveia. This would earn him a shot at the MFC Light Heavyweight title against Dwayne Lewis, a fight he won in the 3rd round via TKO. He would defend that belt twice with a notable win over former UFC fighter Rameau Thierry Sokoudjou. This would lead him to the UFC where he scored a 7 second knockout over Anthony Perosh for an outstanding debut for the promotion also earning him Knockout of the Night honors. A record tied with Todd Duffee and
"The Korean Zombie" Chan Sung Jung for the fastest knockout in UFC history.

Jimmo would then face James Te Huna at UFC on FUEL TV 7: Barao vs. McDonald. It was a back and forth fight for the first two rounds and Jimmo had Te Huna in trouble in the first. However Te Huna was able to weather the storm and win the next two rounds to earn a Unanimous Decision handing Jimmo his first loss since 2007. However he would bounce back with a Unanimous Decision over Igor Pokrajac at UFC 161. At UFC Fight Night 30, he would take on the hard hitting Jimi Manuwa but would end up losing a TKO due to a leg injury late in the second round. He would get back on track with a first round TKO over Sean O'Connell that would also earn the Performance of the Night bonus.

Jimmo faced Ovince St. Preux, at UFC 174: Johnson vs. Bagautinov. In Round 2 of the bout, St. Preux was working a kiruma that eventually fractured Jimmo's right arm, forcing him to verbally tap. St. Preux won the fight at 2:10 in Round 2 via submission.