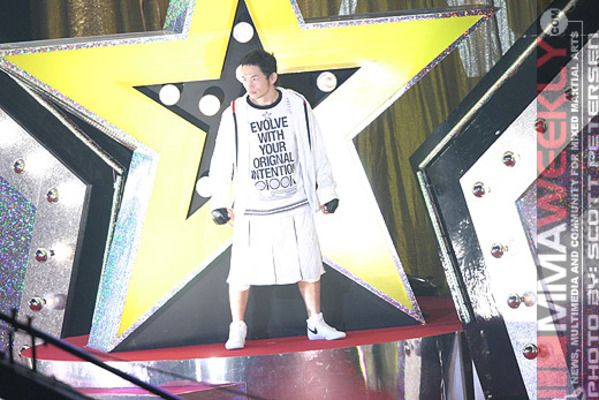 A veteran fighter respected throughout the world, Japan’s Caol Uno began fighting professionally in 1996 for the Shooto promotion, eventually winning the Shooto Welterweight (154 lbs.) Championship in 1999 before joining the UFC in 2001. During his initial two-year UFC stint, Uno battled future superstars like BJ Penn, Jens Pulver, and Hermes Franca, and defeated the likes of Yves Edwards and Din Thomas.

Following his UFC career, Uno fought in K-1 and Dream, earning notable wins over Rich Clementi and "The Endless Fighter" Mitsuhiro Ishida before returning to the UFC in 2009. But Uno hit a brick wall with his second invitation to the world’s biggest promotion, compiling three losses with a draw in between before being released by the organization for the second time.

Although he experienced limited success in the UFC, Uno is still considered a pioneer among Japanese fighters. He was one of the first to fight in the United States. Uno is also an accomplished submission fighter, having been a runner-up in the world championships at ADCC. Uno’s MMA game combines smothering wrestling and submission skills with natural quickness, balance and reflexes, plus the craftiness of a true MMA veteran. Uno holds black belts in both Judo & Brazilian Jiu-Jitsu