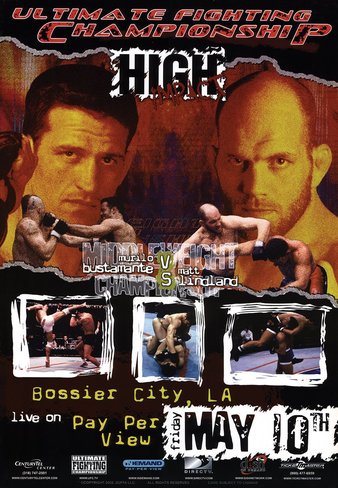 In the main event of UFC 37, UFC Middleweight Champion Murilo Bustamante defeated Olympic silver medalist Matt Lindland twice, according to many fans. The controversy arose when Lindland, who was caught in an armbar early on into the fight, supposedly tapped out, causing Bustamante to release the hold. After the stoppage, Lindland complained that he did not tap, causing referee "Big" John McCarthy to restart the action. Bustamante caught Lindland again in a Guillotine Choke in the third round, ending what became known as the "double tap" fight.

Following the win, Bustamante was stripped of his middleweight title when he signed an exclusive contract with Pride Fighting Championships, the Japanese-based competitor to the UFC, which was offering more lucrative contracts to many fighters at the time. The event also featured the first UFC appearances of Robbie Lawler and Ivan Salaverry.