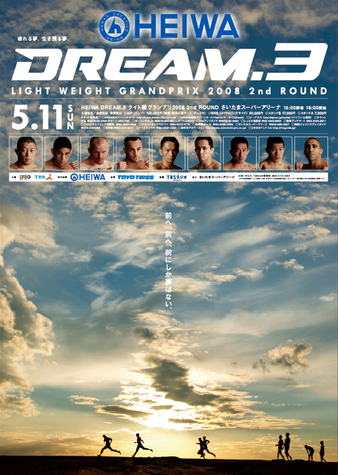 Along with the eighth match in the Middleweight Grand Prix between Jason “Mayhem” Miller and Katsuyori Shibata, Dream 3 featured three of the four Quarterfinal bouts in the Lightweight Grand Prix, with Tatsuya Kawajiri, Eddie Alvarez, and Caol Uno all advancing to the Semifinals. The fight between Alvarez and Joachim Hansen was considered one of the best of the year.

Due to injuries he sustained during his Opening Round bout with Gesias Cavalcante, Shinya Aoki did not participate at Dream 3, instead fighting at Dream 4.