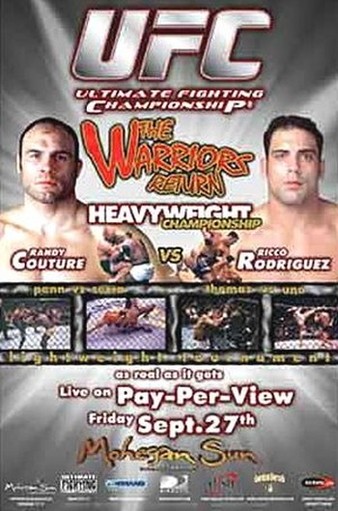 UFC 39 was an event held at the Mohegan Sun Arena in Uncasville, Connecticut that featured the Vacant Heavyweight Championship fight between former champion Randy Couture and Ricco Rodriguez. The title had been held by Josh Barnett after he finished Couture, but it was stripped from him following a positive steroid test.

In an upset, Rodriguez defeated Couture by TKO in the fifth and final round, one of the select few championship fights to ever end in the fifth round. The event also marked the UFC debut of future Heavyweight Champion Tim Sylvia.