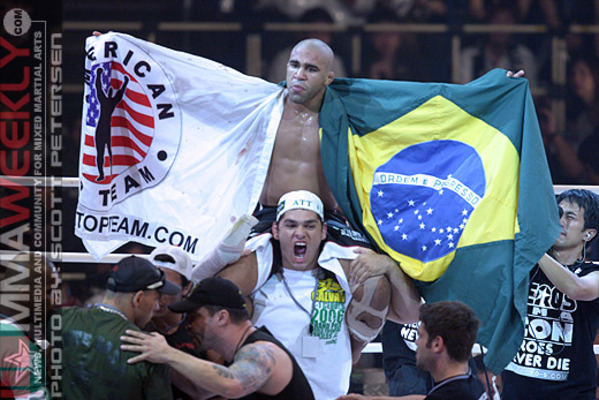 Gesias Cavalcante is ineligible for regional rankings due to inactivity.
Fighters must have at least one completed MMA bout in the past two years to be ranked.

Training out of one of the most respected MMA gyms in the United States in American Top Team, Gesias Cavalcante has long been considered one of the top ten lightweights in the world by hardcore MMA fans, having defeated Bart Palaszewski, Rani Yahya, Caol Uno, Nam Phan, Andre Amade, and Vitor Ribeiro during his career.

Unfortunately, prevalent knee injuries have kept Cavalcante largely inactive for the last several years, and he has fallen short against most notable opposition—such as Shinya Aoki and Tatsuya Kawajiri—since his injuries. In June of 2010, Cavalcante signed a fight contract with the California-based Strikeforce promotion to compete in the United States, but his biggest fan base still resides in Japan.