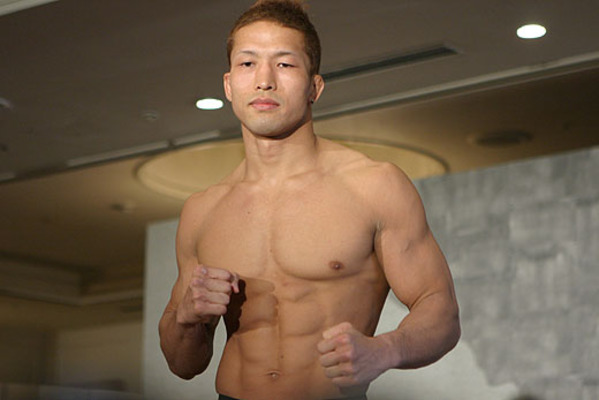 Kazuyuki Miyata is ineligible for regional rankings due to inactivity.
Fighters must have at least one completed MMA bout in the past two years to be ranked.

Kazuyuki Miyata is a Japanese freestyle wrestler and mixed martial artist who was born on January 29, 1976 in Ibaraki, Japan. Due to Miyata's physical strength, he is nicknamed "Little Hercules."

Miyata made his MMA debut at Rumble on the Rock 6 in 2004, against Brazilian Jiu-Jitsu specialist Royler Gracie, where despite dominating the majority of the fight he was caught by submission due to a triangle choke in the second round. Miyata continued his career by fighting in the Japanese promotion K-1 Hero's where he held notable wins over Kultar Gill and Ian James Schaffa. Miyata also fought in the Japanese promotion DEEP but returned to Dream on October 6, 2009 where he faced Daiki Hata in a reserve bout for the DREAM Featherweight Grand Prix. Miyata defeated Hata by unanimous decision. After three more wins under DREAM, Miyata fought Hiroyuki Takaya at DREAM - Fight For Japan: 2011 Japan Bantamweight Tournament Final on July 16, 2011 for the DREAM Featherweight Championship, where he lost the fight via split decision.

Miyata's main offense attack is based around his wrestling style and his takedowns.

In his high school days, Miyata meet Michihiro Omigawa and Hayato "Mach" Sakurai who were class mates with him and who are also MMA fighters.