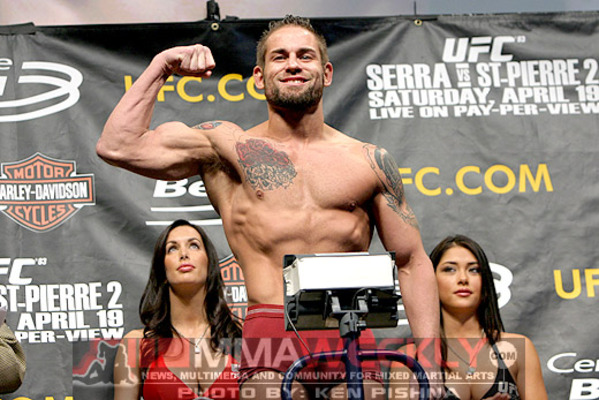 Rich Clementi is ineligible for regional rankings due to inactivity.
Fighters must have at least one completed MMA bout in the past two years to be ranked.

Since turning professional in 1999, Rich “No Love” Clementi has put together one of the most lengthy resumes in the lightweight and welterweight divisions, having fought more than 50 professional fights in the last decade alone. While the majority of his fights have come in small regional promotions, Clementi has had several stints in the UFC, defeating notable fighters such as Anthony Johnson, Melvin Guillard, Sam Stout, and Terry Etim during his most impressive winning streak, from 2007-2008.

Known for his well-rounded skill set, Clementi is one of the craftiest veterans in the lightweight and welterweight divisions.

Clementi is also well known for a public dispute and war of words he engaged in with fellow fighter Melvin Guillard prior to their fight at UFC 79 in 2007, a fight that Clementi won in the first round with a Rear Naked Choke. Following the win, Clementi taunted Guillard, causing the defeated fighter to attempt to attack Clementi before they were separated. It remains a true grudge match rivalry that fans would like to see repeated.

Since his last stint with the UFC, Clementi has had a spotty 12-7 record. He seems to be hitting his stride again as he is currently on a three fight win streak. His latest win came in the opening round of the Bellator Season 7 Lightweight tournament. He is next scheduled to fight Maurcin Held in the semi finals of the tournament.