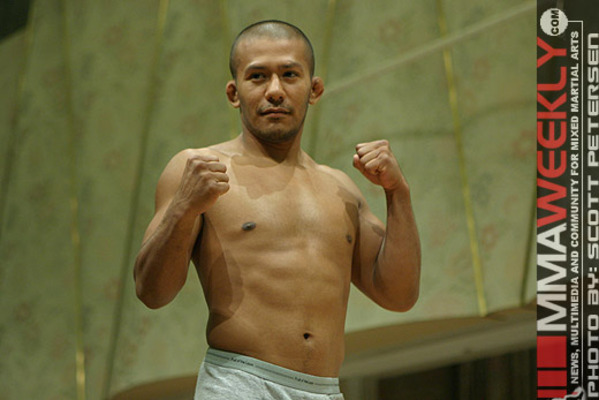 Ivan Menjivar is ineligible for regional rankings due to inactivity.
Fighters must have at least one completed MMA bout in the past two years to be ranked.

Ivan Menjivar is a former competitor in the welterweight, lightweight, and featherweight divisions who late in his career found success and a home in the UFC bantamweight division. His MMA career started back in 2001, he was able to win his first four matches before he fought a young George St. Pierre who at the time made his professional MMA debut. They currently both train together at the Tristar gym in Montreal.

Menjivar’s first fight in the UFC was in 2004 where he lost a decision against Matt Serra.

After the loss he went on and fought in several promotions located in North America as well as in Japan. In 2006 after he lost his fight against Bart Palaszewski he decided to retire from MMA.

However, Ivan had a successful comeback in 2010 before losing a fight against Brad Pickett at WEC 53 via decision. It was the last event the WEC held and after this the promotion merged with the UFC. As part of the merger, many WEC fighters were transferred to the UFC.

“The Pride of El Salvador” was able to win three straight fights over Charlie Valencia, Nick Pace, and John Albert before coming up short in a fight with Mike Easton. Menjivar then defeated newcomer Azamat Gashimov via armbar at UFC 154.