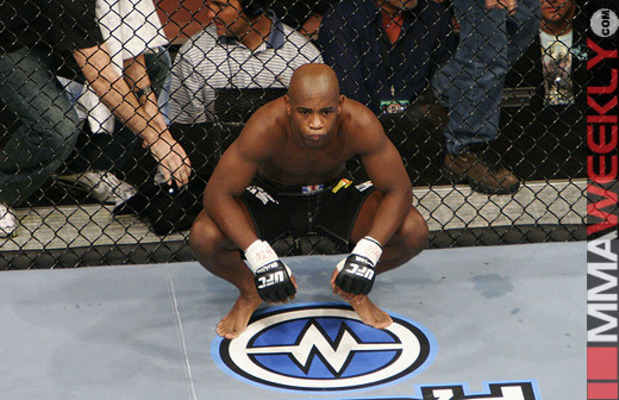 Yves Edwards is ineligible for regional rankings due to inactivity.
Fighters must have at least one completed MMA bout in the past two years to be ranked.

One of the most experienced fighters in the lightweight division worldwide, Yves Edwards has fought for most of the top MMA organizations in the world, including the UFC, Pride FC, and Strikeforce. Though he has been somewhat inconsistent against top competition, Edwards holds notable career victories over Rich Clementi, Hermes Franca (twice), and Josh Thomson.

Perhaps the most extraordinary moment of Edwards’s career came in his fight with Thomson at UFC 49: Unfinished Business in 2004. After Edwards clinched Thomson around the waist from behind, Thomson retaliated with a spinning back fist, but Edwards had already disengaged and promptly knocked Thomson out with a jumping roundhouse kick to the chin. The knockout is remembered as one of the best in UFC history, and has featured prominently on highlight specials over the past several years.