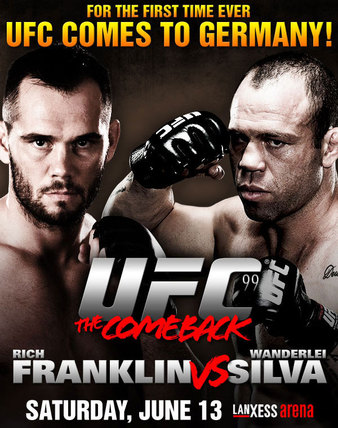 UFC 99 was the first UFC event ever to be held in Germany, and the second event held on foreign soil to feature Rich Franklin in the main event. Franklin defeated Pride superstar Wanderlei Silva by Unanimous Decision, while undefeated heavyweight Cain Velasquez graduated from prospect to contender by dominating Cheick Kongo over three rounds.

Although it was one of the most entertaining fight cards of the year, UFC 99 was panned by German critics, who warned that mixed martial arts would do irreparable damage to their nation’s youth.