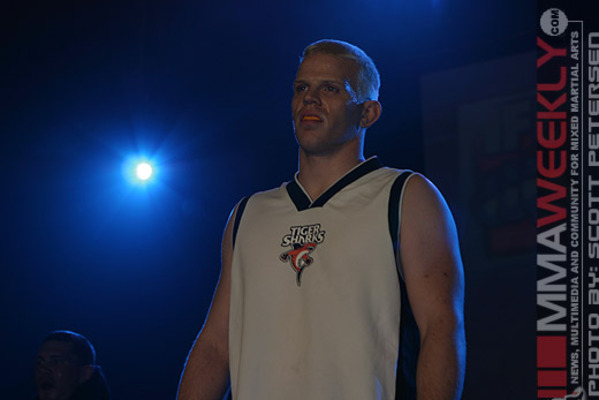 Dennis Hallman is ineligible for regional rankings due to inactivity.
Fighters must have at least one completed MMA bout in the past two years to be ranked.

With well over 50 professional fights on his record, Dennis Hallman is one of the most experienced veterans in mixed martial arts history. What's more, he has competed predominantly against the best welterweights in the sport throughout his career. His singular career accomplishment was defeating UFC Hall of Famer Matt Hughes by submission on two occasions in the first round. Although Hughes would go on to become one of the most famous welterweights in history, Hallman dispatched him quickly in just 17 and 41 seconds, respectively, in their two meetings in 1998 and 2000.

Although Hallman announced that he would attempt to move down to lightweight following a knockout loss to John Howard in 2010. He was set to make his lightweight debut at UFC 140 against John Makdessi but Hallman missed weight, coming in at 158 pounds. He won that fight by rear naked choke at 2:58 of the first round. He was set to fight Thiago Tavares at lightweight on the UFC on FX 5 card however Hallman would miss weight and the fight was cancelled, Hallman was subsequently cut from the promotion.

Following his release, he revealed that it was numerous personal problems that inhibited him to compete and prepare properly for his bout against Tavares. He was going through a divorce and his house had burned down. Dana agreed with Dennis to allow him to recover from these issues at his own pace and granted Hallman his release. Hallman was also granted his show and win money for the scrapped fight.

In Hallman's first fight after his release, he face Dan Hornbuckle earning a unanimous decision victory for the Titan Fighting Championship. After another victory, Hallman accepted a fight against Jon Fitch at WSOF 11. In his bout against Fitch which was contested at middleweight, he came up short with a unanimous decision loss. Hallman would go on to suffer another decision loss to Michail Tsarev at ProFC 56.