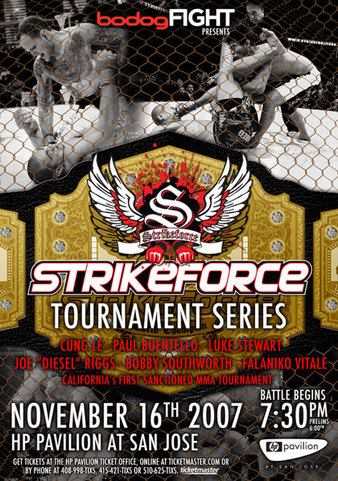 Although it was not seen by a large number of viewers, and offered its main card streaming live on Yahoo! Sports, Strikeforce: Four Men Enter, One Man Survives holds the distinction of being the first MMA event to have a tournament sanctioned by the California State Athletic Commission. In the middleweight tournament, Jorge Santiago became Strikeforce Middleweight Champion by defeating Sean Salmon and Trevor Prangley. In other action, Alistair Overeem won the first Strikeforce Heavyweight Championship by defeating Paul Buentello by submission due to strikes in the second round.