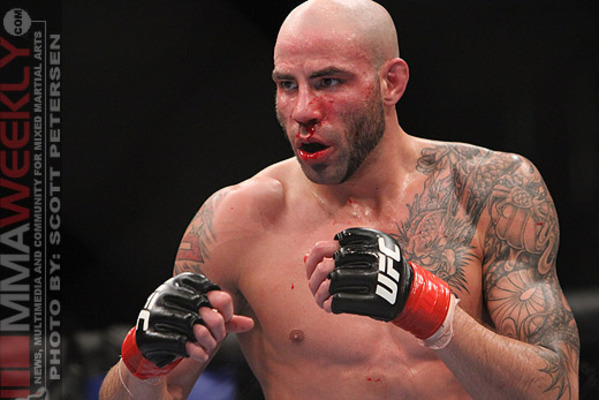 Fighting for a major organization has made Ben Saunders ineligible for regional rankings.

After gaining a reputation for smiling through the majority of his fights on the sixth season of The Ultimate Fighter reality show, it was clear that Ben Saunders was a unique welterweight fighter. Saunders failed to make it to the Finals in the tournament, but after defeating a fellow cast member in the live Finale he quickly found his range in the welterweight division. The unusually tall and powerful Saunders dispatched Ryan Thomas, Brandon Wolff, and Marcus Davis over the course of his next four fights, finishing the latter two with devastating knees from the Thai clinch, a la Anderson Silva.

Saunders fell on rough times however losing back to back fights to perennial contender Jon Fitch and veteran Dennis Hallman which led to him being released by the UFC. He would soon sign on to fight in Bellator.

Saunders faced off against Koffi Adzitso in the season 8 welterweight tourney quarterfinals at Bellator 86. He would cruise his way to a 30-27 Unanimous Decision victory in the opening round. He would face off against Raul Amaya for the second time and instead of winning a decision this time he would finish Amaya with an impressive head kick knockout in the first round. He would then have a rematch with Douglas Lima as the main event of Bellator 100 but would lose to him a second time by TKO.

Following that loss however Saunders would get a second shot at the UFC and would return in impressive fashion finishing Chris Heatherly with an omoplata to earn a Performance of the Night bonus. He would pick up his second win in a row when he faced Joe Riggs who injured his next when he took Saunders down.