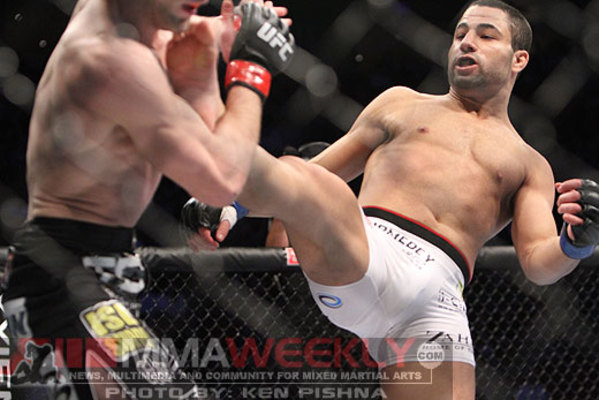 Fighting for a major organization has made John Makdessi ineligible for regional rankings.

John Makdessi began training in Tae Kwon Do when he was only six years old. When he was 17 years old, his dojo closed down so he started training Karate and Kickboxing. Makdessi would amass a 22-0 record in Kickboxing while winning a gold in WKA Karate, an Eastern Canadian Championship in Kickboxing and the USKBA World Championship.

After a 7-0 start to his professional MMA career, John would sign with the UFC. He went 2-2 in his first 4 fights in the promotion but has since won three straight to move his UFC record to 5-2. He picked up wins over Sam Stout, Daron Cruickshank and Renee Forte. He would lose his next by decision to Alan Patrick.