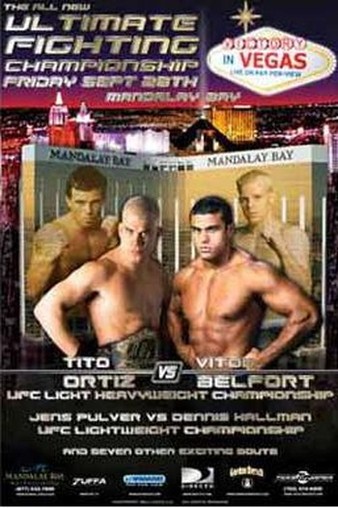 Panned by fans for ages, UFC 33 represents quite possibly the worst Pay Per View effort of the promotion since its inception in 1993. Most of the fights on the card were boring, uneventful decisions that failed to captivate its new Pay Per View audience, and all three title fights on the card ran for their entirety, leading many viewers to experience broadcast blackouts during the Ortiz vs. Matyushenko Light Heavyweight Championship fight once the Pay Per View time slot had expired. Only two fighters finished thier fights with only one of those being exciting.

Following UFC 33, which was the first UFC event to be sanctioned under the Nevada State Athletic Commission, the promotion refused to schedule any more than five fights for the main card of a Pay Per View. In 2010, responding to criticism of the five-round fight between Georges St-Pierre and Dan Hardy, UFC President Dana White said, "UFC 33 is the only one I can remember where every fight sucked."