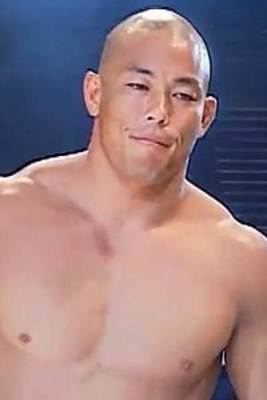 Egan Inoue is ineligible for regional rankings due to inactivity.
Fighters must have at least one completed MMA bout in the past two years to be ranked.

Inoue is a former Middleweight and Light Heavyweight fighter with a 2nd degree black belt in Brazilian Jiu Jitsu. His accomplishments in Jiu Jitsu include winning the 1996 World Brazilian Jiu Jitsu Championship in the blue belt division, becoming the first American to win the title. In 1997 he won the absolute purple belt division. He has fought in the Lumax Cup, Shooto, Rings, Pride, and Superbrawl. He holds notable wins over Akihiro Gono, John Alessio, Yukiya Naito, Alexander Otsuka, and Joe Doerksen.

Inoue started his MMA career fighting in the Lumax Cup - Tournament of J '95. He defeated Alexander Otsuka and Akihiro Gono to reach the finals where he would fall to Tsuyoshi Kohsaka. He then qualified for the Tournament of J '96 but lost to Sanae Kikuta in the opening round.