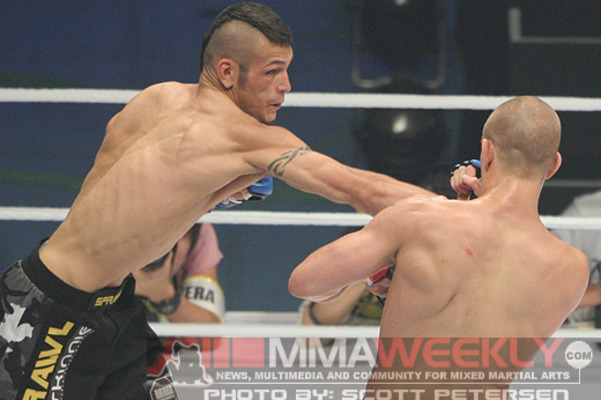 Dan Hornbuckle is ineligible for regional rankings due to inactivity.
Fighters must have at least one completed MMA bout in the past two years to be ranked.

A proud member of the Eastern Band Cherokee tribe, Dan Hornbuckle is one of the most aggressive and intense fighters in the world, having finished all but one of his professional wins by knockout or submission. In addition to a world-class kickboxing game, lengthy wing span and knockout power, Hornbuckle has grown in recent years into a complete mixed martial artist with deadly submission skills off of his back since joining American Top Team. In addition to knockout wins over Akihiro Gono and Nick Thompson, Hornbuckle made it to the Finals of the 2010 Season 2 Bellator Welterweight Tournament, where he was outwrestled and controlled for three rounds by Olympic wrestler Ben Askren.