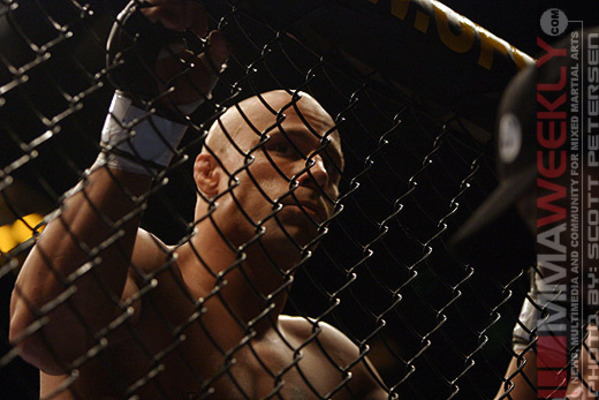 Frank Trigg is ineligible for regional rankings due to inactivity.
Fighters must have at least one completed MMA bout in the past two years to be ranked.

Frank Trigg was once one of the better UFC welterweight fighters in the world, and has been matched against top opponents for the better part of his up-and-down career. Trigg famously lost two high-profile UFC fights with then-champion Matt Hughes, a longtime rival, both of them coming by Rear Naked Choke. Trigg holds notable victories over Dennis Hallman (twice), Jason “Mayhem” Miller, and Kazuo Misaki. He has lost to Georges St-Pierre, Carlos Condit, Josh Koscheck, and Matt Serra, among others.

A second degree Black Belt in Judo and an NCAA Division I wrestler, Frank Trigg relied on superior athleticism, a powerful wrestling base and crisp inside striking during the high point of his career. He is also an accomplished ring announcer, having called fights for Pride FC, Dream, and various other events airing on HD Net.