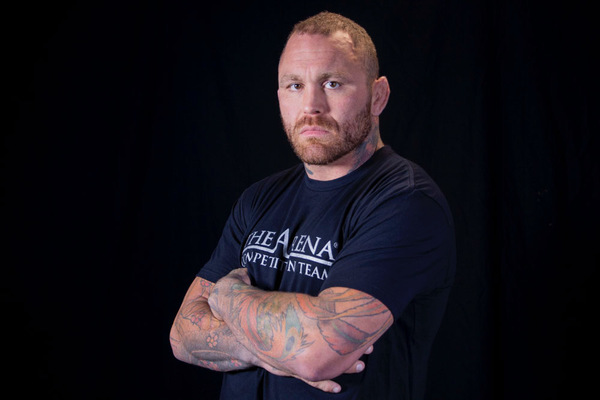 #70
Greatest MMA Striker of All Time

Chris Leben is ineligible for regional rankings due to inactivity.
Fighters must have at least one completed MMA bout in the past two years to be ranked.

Chris Leben is a professional mixed martial arts fighter who enjoyed an 8 year career in the Ultimate Fighting Championship. Leben made his name on the inaugural season of the UFC’s popular reality contest “The Ultimate Fighter” on Spike TV, where he immediately distinguished himself among the talented cast of fighters as the house instigator and provocateur. Leben gained attention – some of it positive, some of it negative – for his engrossing combination of crude and barbaric behavior, and personal sensitivity. Leben smashed through a door (requiring stitches) and urinated on a housemate’s mattress, but showed he was vulnerable when, in a drunken war of words, fellow housemember Bobby Southworth angrily called him a “fatherless bastard”. Though bigger stars, including Forrest Griffin, Josh Koscheck and Kenny "KenFlo" Florian, emerged from TUF season one, Leben was unquestionably the biggest star during the course of the series, and the centerpiece of the “reality” sequences filmed inside the house.

Inside the cage, Leben’s approach is simple: he comes to bang and does it well. Leben possesses an iron chin, and with the exception of one 0:49 dismantling at UFN 5 courtesy of Anderson Silva’s precision strikes, he had not been KO’d inside the Octagon up to that point. Leben has stood and traded bombs with many of the world’s heaviest hitters, including Benji Radach, Patrick Cote, Jorge Rivera, Terry Martin and Alessio “Legionarius” Sakara – all of whom Leben defeated. Leben handed Aaron Simpson his first loss inside the Octagon, and his victorious three round battle against Yoshihiro Akiyama became an instant classic. He would lose to Brian Stann in his next match before finishing Wanderlei Silva 27 seconds into the first round. He would lose his next match to Mark Munoz when they stopped the fight after the second round due to a cut above his left eye leaving him unable to see. Leben would test positive for oxycodone and oxymorphone after this fight and as a result was suspended from fighting for a year.

He was scheduled to make his return to the octagon at UFC 155 against Karlos Vemola but Vemola pulled out ten days before the event due to injury. Leben took on Strikeforce vet, Derek Brunson instead. Although he was the oddsmaker's favorite to win, he was out-wrestled for three rounds while looking slow and lethargic, leading to a decision loss for the Crippler. Leben attributed the loss to his inability to stuff Brunson's takedowns. Also, he realized that things needed to change in order to revitalize his UFC career. That's why Leben decided to get out of his comfort zone in Hawaii and instead train at the ambitious Alliance MMA gym with coach Eric Del Fiero. Leben hasn't missed one workout in 12 weeks during the preparation for his fight with Andrew Craig at UFC 162 and he trained harder than ever. However, Craig won the fight via split decisions after almost finishing Leben in the third round. He would then face TUF 17 runner up Uriah Hall at UFC 168. Leben went on to lose via first-round TKO, quitting between the first and second rounds due to the damage he had sustained.

On Monday, January 20, Leben announced his retirement from active competition on an episode of Ariel Helwani's "The MMA Hour."