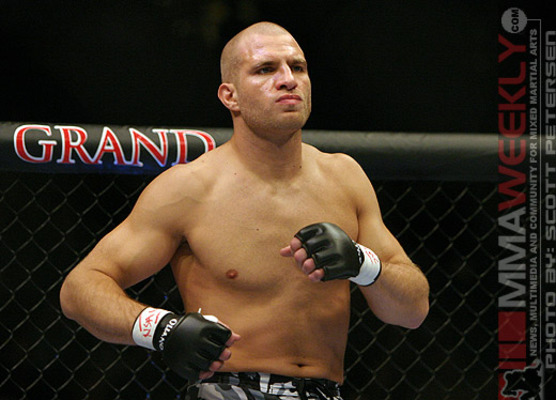 Joe Doerksen is ineligible for regional rankings due to inactivity.
Fighters must have at least one completed MMA bout in the past two years to be ranked.

One of the most active fighters in the history of the sport, Canadian journeyman middleweight Joe Doerksen began fighting professionally in 1999, and has since put together a record of more than 55 professional fights. Although he has bounced in and out of the UFC as a result of disappointing losing streaks, Doerksen holds career victories over top talent such as Lee Murray, John Alessio, Denis Kang, Chris Leben, Ed Herman, Patrick Cote, and Tom Lawlor.

A well-rounded fighter with considerable knockout power, Doerksen’s true strength lies on the ground, as he has finished the majority of his wins by way of submission. After losing three fights in a row from 2007-2008 for the Zuffa-owned WEC and UFC promotions, Doerksen rebounded in 2010 by submitting Lawlor in the second round of a brutal fight. Doerksen was a late replacement opponent and took the fight on extremely short notice. Extremely seasoned and extremely tough, Doerksen is always a tough test for an opponent.

Winnipeg filmmaker - BJ Verot, took note of Doerksen's long MMA career and made a documentary on his life inside and outside of the cage, called 'Scheduled Violence'. The film came out in 27 August, 2013.