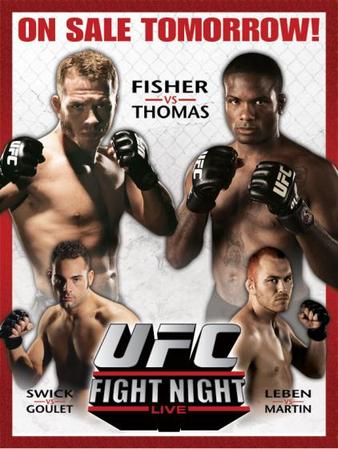 In something of a rarity in MMA, albeit much more common than in most sports, Ultimate Fight Night 11 ended up airing without either of its originally-scheduled main and co-main event bouts, as Mike Swick was forced out of his fight with Chris Leben due to injury and Spencer Fisher was forced out of the main event slot against Din Thomas.

After replacing Fisher in the main event, Florian made his case as the top lightweight contender in the UFC by finishing Thomas with a Rear Naked Choke at the end of the first round.