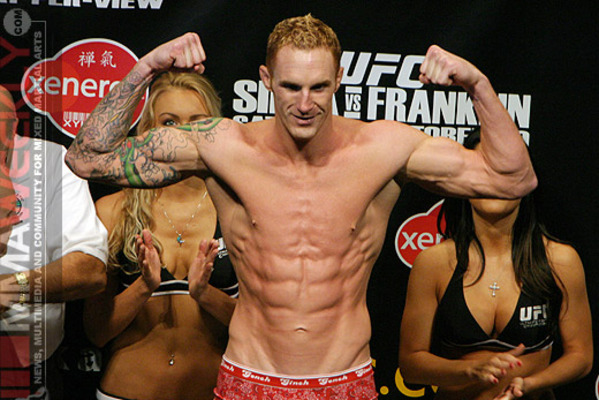 Jason MacDonald is ineligible for regional rankings due to inactivity.
Fighters must have at least one completed MMA bout in the past two years to be ranked.

By beginning his professional fighting career at 8-0—all coming by way of submission—on the local Canadian circuits, Jason MacDonald was pegged as one of Canada’s most talented prospects, and was signed by the UFC in 2006. During his first UFC run, which lasted from 2006-2009, MacDonald defeated Ed Herman, Chris Leben, and Joe Doerksen, and lost notable fights to Rich Franklin, Yushin Okami, and Demian Maia before being released by the promotion on the heels of three straight losses in 2009.

MacDonald defeated Vernon White and Matt Horwich outside of the UFC before being invited back to the promotion in 2010, where he was seriously injured in his return fight against John Salter at UFC 113. During the opening round, MacDonald snapped his leg when Salter attempted a takedown and the bout was halted.

A durable and well-conditioned fighter, MacDonald is best known for his physical strength and grappling ability, having finished the vast majority of his fights by submission. MacDonald put in a spirited performance against former UFC Middleweight Champion Rich Franklin in 2007, but his corner threw in the towel after the second round when their fighter had taken a significant amount of damage. He also grappled well for three rounds with ground wizard Demian Maia before succumbing to a choke.