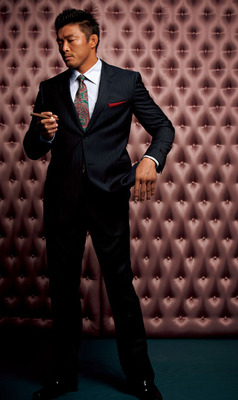 Fighting for a major organization has made Yoshihiro Akiyama ineligible for regional rankings.

Prior to his mixed martial arts debut, Yoshihiro Akiyama was a decorated Judoka, having won the gold medal at both the 2001 Asian Championships in Ulaanbaatar and the 2002 Asian Games in Busan. Akiyama made his professional MMA debut in 2004, defeating his opponent with an Armbar before succumbing to decorated kickboxer Jerome LeBanner in his second fight by knockout. After the loss, Akiyama went on an international tear, establishing himself as a top-ten ranked middleweight after defeating the likes of Melvin Manhoef and Denis Kang.

Akiyama then signed with the UFC in 2009 as a high profile (and rumored to be high-priced) free agent. While Akiyama did not have a mainstream following in the United States, the UFC was eyeing potential expansion into the Asian market and looking to increase its roster of fighters marketable to that area of the world.

His UFC career began with a memorable battle against Alan Belcher at UFC 100. Akiyama managed to outpoint Belcher in the first two rounds en route to a split decision victory and a Fight of the Night bonus. A power-striking game was on display from Akiyama against Belcher, but in his next fight against Chris Leben at UFC 116, Akiyama was able to show off his elite Judo skills. He was able to employ a variety of takedowns and trips on Leben, who was actually a late replacement for an injured Wanderlei Silva. Despite succumbing to a third round choke from "The Crippler," Akiyama again was the recipient of a Fight of the Night bonus.

Akiyama's first ever UFC main event took place in October 2010 at UFC 120 in London, England against fellow middleweight Michael "The Count" Bisping. Bisping was able to use his larger frame, good footwork, and improved striking to send Akiyama to another defeat, but not before again putting on a crowd-pleasing and exciting war that netted him his third straight Fight of the Night bonus.

After being forced to pull out of a UFC 128 bout against Nate Marquardt due to the Tohuku earthquake and tsunami in his home country of Japan, his next opponent ended up being Vitor Belfort a few months later at UFC 133.  The losing streak continued for him however as Belfort won by TKO 1:52 into the first round.

Riding a 3 fight losing streak and facing the likelihood of being cut Akiyama made the cut to the Welterweight division and made his debut in the division against Jake Shields at UFC 144 which took place in Japan.  Akiyama showed great takedown defense throughout the fight never allowing Shields to get the fight to the ground, that is until the final minute of the fight where Shields finally secured one and looked for a rear naked choke as the fight ended.

Akiyama would take a two and a half year hiatus away from MMA after his loss to Shields. He was expected to return on July 21, 2012, at UFC 149 to face Thiago Alves. Unfortunately an injury would force Akiyama from the bout.

Akiyama finally made his UFC return on September 20, 2014, UFC Fight Night: Hunt vs. Nelson. He faced Amir Sadollah, winning the fight via unanimous decision. This would mark Akiyama's first UFC win since his victory over Alan Belcher at UFC 100 five years prior, and would snap his four fight losing streak as well.

Although he has won many of his professional fights by submission—drawing on his Judo background to toss opponents to the matt before going for submissions—Akiyama is also known for his tendency to engage in crowd-pleasing kickboxing matches, winning many of his fights by knockout or TKO.

In Japan, Akiyama is one of the most famous athletes in the country, appearing in countless television ads and as a guest on popular talk shows. He is also married to famous Japanese supermodel Shiho Yano.

In his recent hiatus from MMA Akiyama has become highly popular in South Korea under his Korean name Chu Sung Hoon through modeling and his role on the show Superman Returns featuring him, his wife, and daughter.

A highlight video of Yoshihiro Akiyama's best moments in training, Judo and MMA.