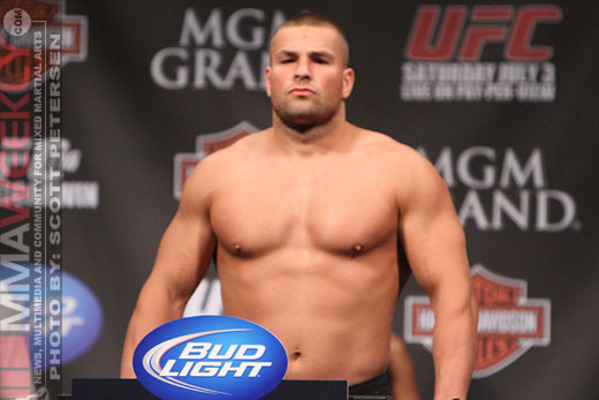 Karel "Karlos" Vemola was a six time Czech republic National Wrestling Champ when he was 10 years old up until 16 years old. In his MMA debut Vemola defeated Patric Carroll to claim the Cage Fighters Championship Heavyweight title. He would successfully defend that title five times all by first round finishes. He would fight one more time for Ultimate Challenge MMA winning by KO before being called up to the UFC.

He would alternate wins and losses in his first five fights for the UFC, his wins included a Knockout of the Night over Seth Petruzelli and a second round submission win over MIke Massenzio.