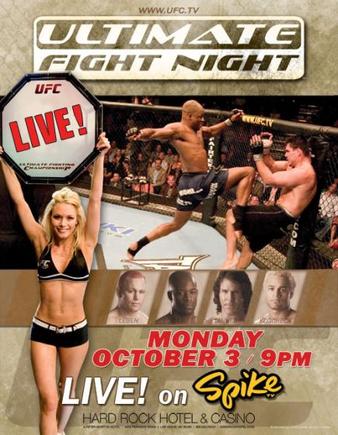 After the repeated ratings successes demonstrated by The Ultimate Fighter 1 Finale and the Ultimate Fight Night event from the previous months, the UFC knew that it had found its niche on cable television. Zuffa delivered the second free Fight Night card in October of 2005 and drew a 1.6 rating on Spike while competing head-to-head with a prominent WWE broadcast. The main event saw Canadian striker David Loiseau upset former Middleweight Champion Evan Tanner with a TKO due to a cut in the second round.