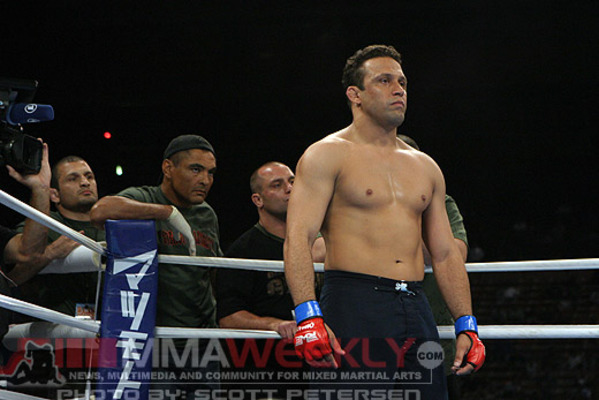 #40
Greatest MMA Grappler of All Time

Renzo Gracie is ineligible for regional rankings due to inactivity.
Fighters must have at least one completed MMA bout in the past two years to be ranked.

Renzo Gracie occupies a special role in the world of mixed martial arts, operating as both a fighter and as an ambassador, proponent and elder statesmen of the sport. One of the most respected and influential members of the legendary Gracie family of Brazil, Renzo, along with fellow family members Rickson, Rorion, Royce, Royler, and family patriarch Helio Gracie, has done more than perhaps anyone else to further the recognition of Brazilian Jiu-Jitsu as an essential fighting art, and to cement the status of MMA as a major sport for the coming century.

Though he will remembered for classic battles against the likes of Kazushi Sakuraba in Pride and Oleg Taktarov, whom he knocked out with a memorable upkick from the ground, Renzo’s lasting gift to MMA is not his fighting but his teaching. Renzo first came to the United States on a sort of Brazilian Jiu-Jitsu missionary expedition, engaging in cross-country barnstorming exhibitions and match challenges throughout the 1990s. Those efforts have culminated in one of the largest networks of BJJ academies in the United States bearing his name, beginning with his flagship academy in Manhattan, which is home to well over one thousand students.

Gracie’s personality is well-suited to teaching MMA. His trademark warmth, humor, and ceaselessly upbeat disposition belie a deep fighting spirit and an ethic of self-reliance. As one of the few active professional fighters continuing to fight in the UFC well into his 40s, Renzo may not have achieved UFC world champion status, but his legacy in the world of MMA is nonetheless cemented.