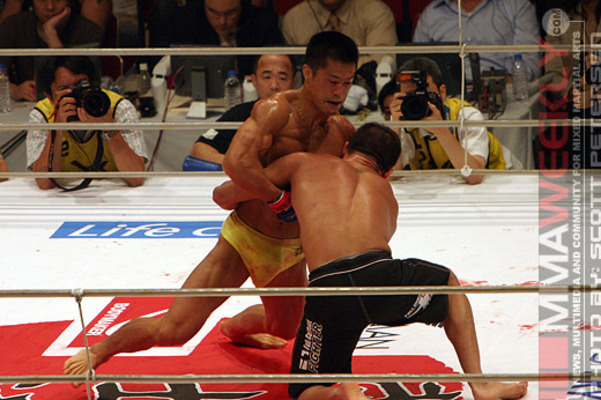 Jutaro Nakao is a Japanese mixed martial artist currently competing in the lightweight divison. He is a black belt in Judo and a black belt in Brazilian Jiu Jitsu. Nakao became the first-ever DEEP Welterweight Champion, defeating both Shinya Aoki and Daisuke Nakamura in the same night to caprture the title. Nakao later defended his title against Seichi Ikemoto at Real Rhythm - Stage 3, defeating Ikemoto by majority decision. His next defense came against Hidehiko Hasegawa at DEEP - 28 Impact where he would lose by majority decision, losing his title in the process.