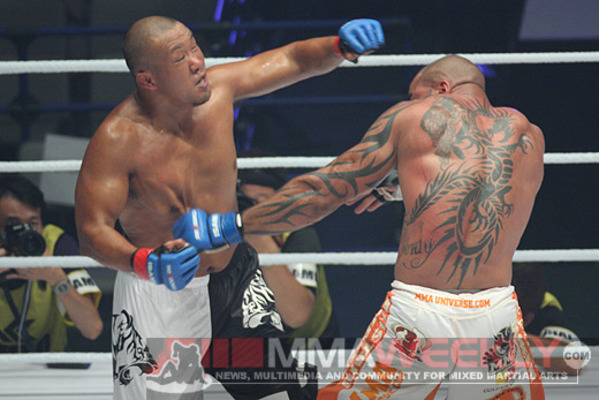 Takahashi was a high school state champion wrestler in Japan. He is known as a tough as nails fighter with an undeniable will to win. This was probably best on display in his 2nd professional bout against Ken Shamrock. He suffered a broken jaw and ankle damage but continued to fight until eventually tapping to a heel hook. He had to be carried from the ring after the fight. He again displayed his toughness against Bas Rutten, a fight in which Bas broke Takahashi's shin with a heel hook. Takahashi again ignored the pain and fought on until he threw a leg kick that completely snapped his shin in half.

Takahashi fought only once in the UFC.  He fought Wallid ismael in the first round of the first lightweight tournament.  The fight casued some controversy as he held the fence repeatedly(not illegal at that point).  He won a decision against Ismael but had to pull out of the tournament final due to a broken hand.

Takahashi retired from MMA in 2012 after World Victory Road folded.