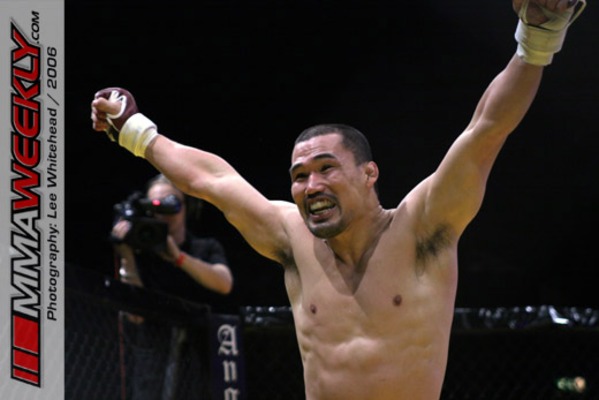 One of the few fighters in the world to develop a fan following despite a record well below .500, Japanese fighter Daijiro Matsui holds career losses to Carlos Newton, Vitor Belfort, Murilo Rua, Paulo Filho, and a host of other world-class fighters, but remains one of the most beloved fighters in Japanese MMA history because of his fighting spirit, refusal to quit, and ability to withstand damage.

In Matsui’s greatest performance and the highlight of his professional career, he bounced back from a near-unconscious state to win a Decision against Brazilian Vale Tudo pioneer Jose Landi-Jons at Pride 14 in 2001. If nothing else, Matsui’s success demonstrates the difference between American and Japanese fight fans, as the latter have been more willing to overlook a fighter’s record in favor of his effort.