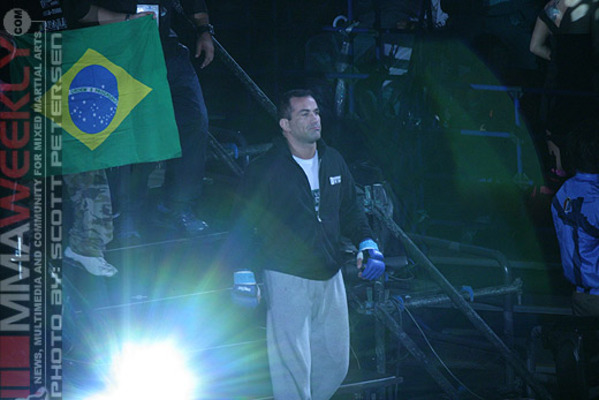 Mario Sperry is ineligible for regional rankings due to inactivity.
Fighters must have at least one completed MMA bout in the past two years to be ranked.

After breaking into the worldwide Jiu-Jitsu spotlight during the 1995 CBJJ World Championships, Mario Sperry has garnered a reputation as one of the foremost submission fighters in the world. He has won titles in the CBJJ multiple times along with titles in the ADCC, and he became the first fighter in history to make a member of the legendary Gracie family—Royler Gracie—submit in a match.

In addition to his extensive grappling resume, Sperry entered the world of professional fighting in 1995, and prior to his retirement in 2007, he defeated the likes of Vernon White and, during his successful run in the Pride Fighting Championships, Igor Vovchanchyn.

Mario was also the fight World BJJ champ to be beaten in MMA.  He was TKOed due to a cut agiaist Igor Zinovier in Extreme Fighting.  He then came back to win the Australian Cage Fightign Championships 2 years later.  It was a tournament with UFC vets Elvis Sinosic and Chris Haseman.

Sperry was trained in the art of Jiu-Jitsu by Carlson Gracie, and has in turn trained some of the world’s top mixed martial arts grapplers, including Antonio Rodrigo Nogueira, Antonio Rogerio Nogueira, Ricardo Arona, and Paulo Filho.